Nancy is originally from Bountiful, Utah where she attended Bountiful High.  After finishing her playing career for four years under Coach Judkins at BYU, she went straight into teaching and coaching.  She began at Springville High where she coached for 6 years, leading her teams to multiple region championships and playing in 5 straight state championship games-winning three of them. She has been at Lone Peak High School for 7 years now, also teaching P.E. She is married to Chris and has two daughters, Charli (10), Peyton (9), and a son, Ty (6). Coach Warner loves spending time with her family and staying active with her kids.

Kristen attended UVSC for two years, then transferred to UNLV where she earned her Bachelor’s degree in Recreational Management and her Masters degree in Special Education. She taught in Las Vegas for three years at an inclusion high school in English. She then moved home to Provo to teach and coach at Timpview High School for a year before she started teaching at Providence Hall in 2010. Coach Pool loves to travel, play basketball, golf, and racquetball. She loves to eat all types of food – except peas! 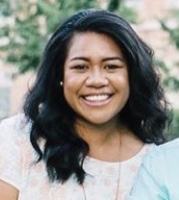 Feli was born in Kahuku, Hawaii but grew up in Provo. She played basketball at Provo High and BYU-Hawaii, where she earned her degree in Special Education. She teaches Special Education at Independence High School, and LOVES it! Her most favorite titles are daughter to Paul & Lupe, and oldest sister to Sepi, Spencer, Tevita, and Makeili. She is very proud of her Tongan roots, Mate Ma’a Tonga! She is OBSESSED with her family, loves tutus, Disney princesses, and clothes!! She is so grateful and excited to be coaching at Lone Peak!!!

Xanning grew up in San Diego, California and attended BYU-Idaho where she received her Bachelor’s degree in communication. Xanning manages rental properties and is heading back to school for a second degree in Computer Science. She grew up with the beach and has grown to love the mountains since moving to Utah. She has four brothers and has traveled all over the world. This is her fifth year at Lone Peak and she absolutely loves it.